Psoriasis From Diagnosis To Treatment Everything You Need To Know

According to the World Psoriasis Day consortium 2 to 3 percent of the world’s population is affected by this condition which translates to more than 8 million Americans who suffer from psoriasis and symptoms related to the condition.

Described as a chronic autoimmune disease causing localized inflammatory response wherein the epidermis renews itself uncontrollably resulting in multiple layers of dead skin cells accumulating on top of each other.

Psoriasis is not just limited to the surface of the skin and skin issues such as red itchy scaly patches are just a few of the common symptoms of the disease. Symptoms related to the condition commonly appear on the knees, elbows, back, face, palms, feet, and scalp.

To date, there is no know cure for Psoriasis.  However, both natural and prescription topical cream treatments are available to help with controlling the symptoms. In addition, choosing a healthy diet and lifestyle can also help relieve associated symptoms.

Here are of some of the most common symptoms of Psoriasis;

There are five common types of Psoriasis. Symptoms will vary depending on type and severity.

The most common symptoms are red raised patches of skin with a buildup of white dead skin cells or scales know as plaques. These plaques can cause itchiness and irritation.

In severe cases, it may cause cracked skin and result in bleeding.

It is more prominent on the scalp, knees, hands, feet, elbows, and back.

Guttate most commonly appears during childhood and young adulthood. Its symptoms are small, round, raised and scaly spots known as PAP-yule (or papules).

Inverse symptoms appear in the form of smooth and shiny red patches that deteriorate with friction and sweating and commonly appears during childhood.

The symptoms can appear on armpits, genitals, groin, and buttocks. In women, the patches can appear under the breasts.

A rare and severe form that causes prevalent inflammation of the skin and pus-filled blisters or pustules. The pus can be either white or yellow and is not a sign of infection.

The pustules can cause itching and redness. Other symptoms of pustular psoriasis include rapid pulse, loss of appetite, and muscle weakness.

This is a rare but aggressive form affecting the surface of the skin. Symptoms appear as a peeling rash spread across the body that rash causes itching, burning, and spreads rapidly.

Erythrodermic conditions can cause protein and fluid loss, which could lead to severe illness.

A genetic predisposition affecting 10% of the population that is inherited through one or both parents. Out of the 10% only 2 to 3 percent actually develop psoriasis (NPF- National Psoriasis Foundation).

Therefore, external factors, not exclusively genetic predisposition, also contribute to the onset of the condition.

Some of the most common triggers that lead to are:

To diagnose the condition a dermatologist will examine the skin and asses the individuals symptoms. There is no standardized test for diagnosis but be prepared for your doctor to take a small scrape sample of your skin for examination to make an accurate diagnosis.

Psoriasis is a lifelong condition that cannot yet be cured. That said, with proper combination of medication and lifestyle adjustments it can be controlled.

When it comes to treating symptoms associated with the condition there are a few options, one of which or a combination thereof will work for your particular case.

From topical treatments to drugs, there are many medicated methods to treat and reduce symptoms associated with the condition. 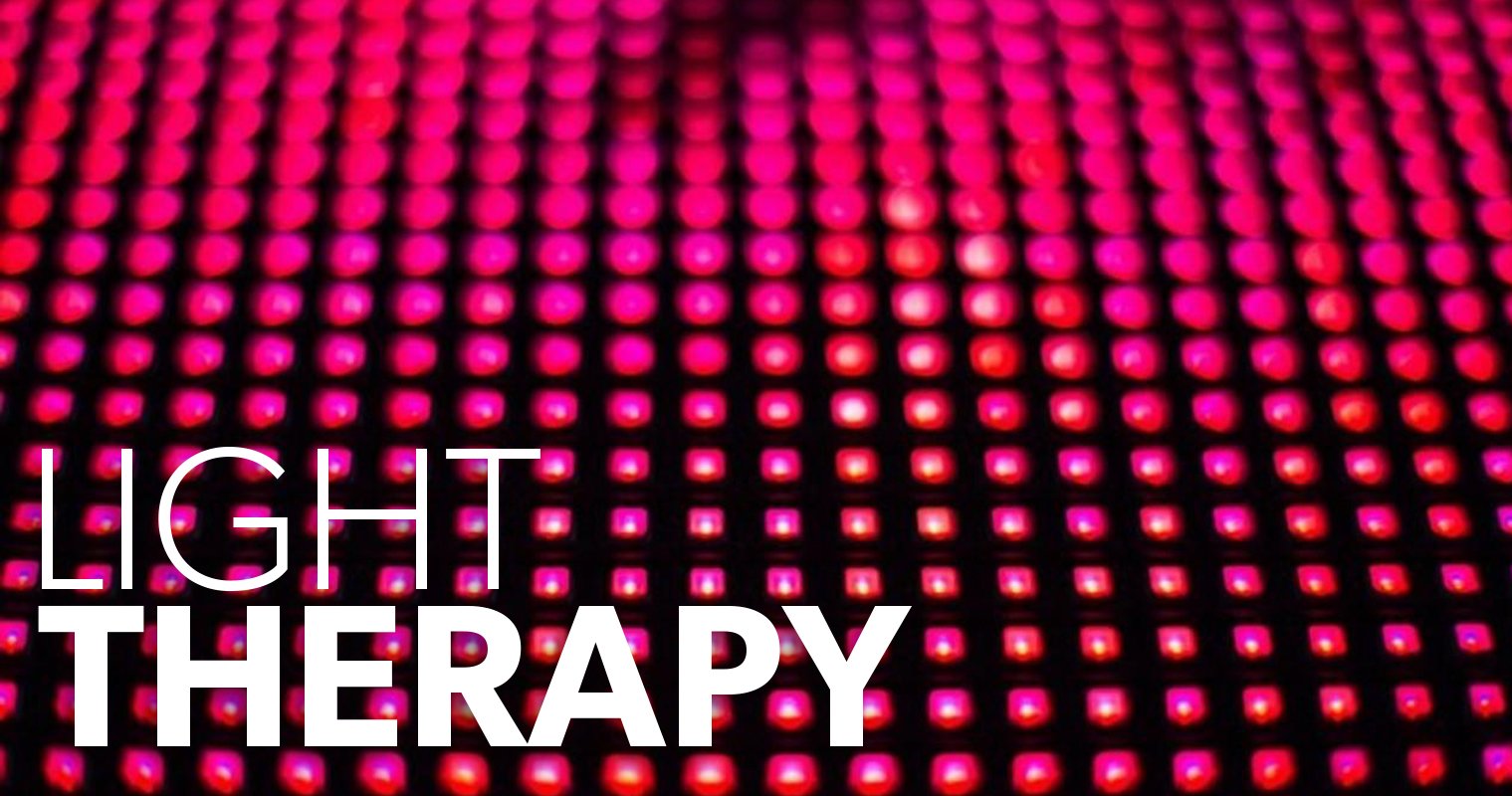 Ultraviolet light rays help in reducing the symptoms of psoriasis. During light therapy, the affected areas are exposed to controlled amounts of natural or artificial light.

If you add light therapy with other forms of treatment, you will see better results. 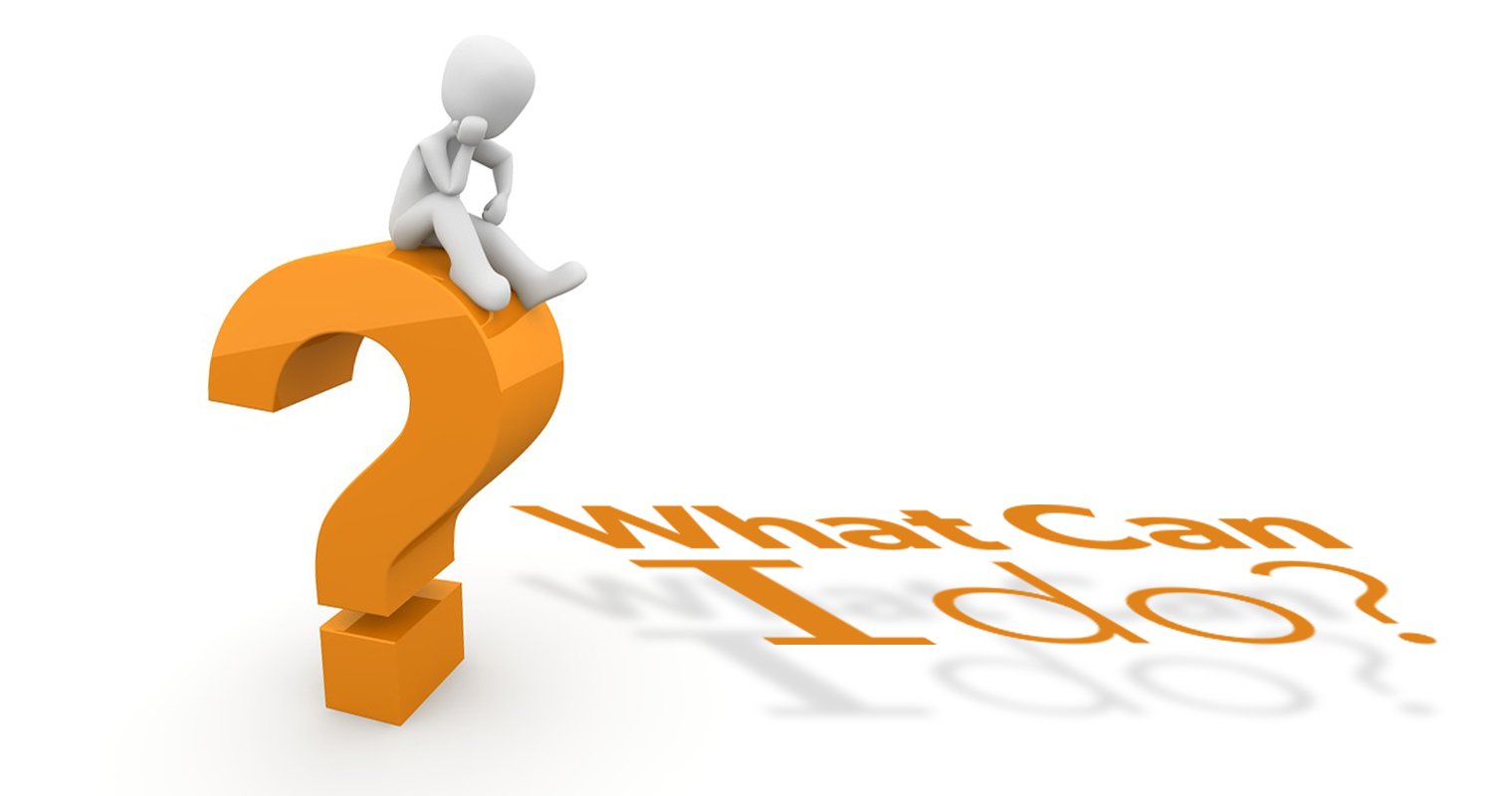 medicate meAlthough there is currently no cure for the condition you can minimize and manage its symptoms. There are a lot of factors that contribute to  outbreaks which can be dramatically reduced by using prevention methods.

Following are some of the preventive steps that can help.

Dry skin can worsen symptoms the use of topical creams, lotions, and oils can help to keep skin moisturized. However certain components of a creams and lotions or its fragrance can aggravate the condition. It is recommended to use fragrance-free moisturizers that are made from natural ingredients.

Scalp psoriasis is a very common scalp condition that causes inflammation and itching. Scratching can flare up the symptoms. For treating scalp psoriasis, it is recommended to start with OTC (over the counter) medicated shampoos and conditioners.

Weather conditions also play an important role in psoriasis. Cold and harsh weather can make symptoms worse. However, spending at least 15 minutes in sunlight can help to reduce symptoms.

Dryness is a major contributing factor to symptoms associated with the condition and studies have shown that using a humidifier will help to alleviate dry skin and ease symptoms.

Taking a bath daily is very important if you have psoriasis.

By keeping track of how your condition spreads you can learn how to prevent it. This will also help your doctor in finding an effective treatment plan for you.

You can also use Imagine. It is a specialized app designed to track the onset and spread of psoriasis. The app allows you to take pictures and compare them over time.

Psoriasis VS Eczema | What is the difference?

Most people confuse one with the other. Both conditions are closely related, and it is hard to tell them apart.

Both conditions cause itchy skin with the intensity of itch being much stronger in eczema. Moreover, the condition worsens with scratching.

Eczema refers to a group of different rash-like conditions. In eczema, patches of skin show inflammation, redness, roughness, blisters, and cracking. The symptoms often appear on the inside of the elbows or the back of the knees.

In the US, nearly 32 percent of people suffer from some type of eczema. It is more common in children as compared to psoriasis.

Scalp Psoriasis VS Dandruff | How to tell them apart?

Both dandruff and scalp psoriasis are common scalp conditions. They both produce flakes from the scalp. Therefore, it is fairly easy to confuse both.

However, dandruff produces only white flakes, whereas, psoriasis shows plaque with a silvery sheen. It can also cause redness or bleeding on the scalp.

Dandruff is simply a harmless, skin condition where dry skin flakes fall. Dandruff can be treated with OTC (over the counter) shampoos and ointments.

Known for its unmatched healing power, SeaBalm All Purpose Salve is very effective in preventing and controlling symptoms associated with psoriasis.

SeaBalm All Purpose Salve is formulated by artisans in our brand new state of the art ISO7 / GMP lab facility located on the west coast of Vancouver Island using our exclusive family recipe of 100% natural organic base potentiators that work in conjunction with Pacific Ocean derived nano-minerals.

SeaBalm relieves a variety of skin conditions such as psoriasis, pain, inflammation, eczema, dry skin, neuropathy and more. SeaBalm is safe to use on any area of the body including your face.

When using SeaBalm All Purpose Salve you can expect to experience significant results in one to three weeks. Duration depends on severeness and will vary by case accordingly. SeaBalm works in harmony with your body’s immune system to naturally renew skin cells. 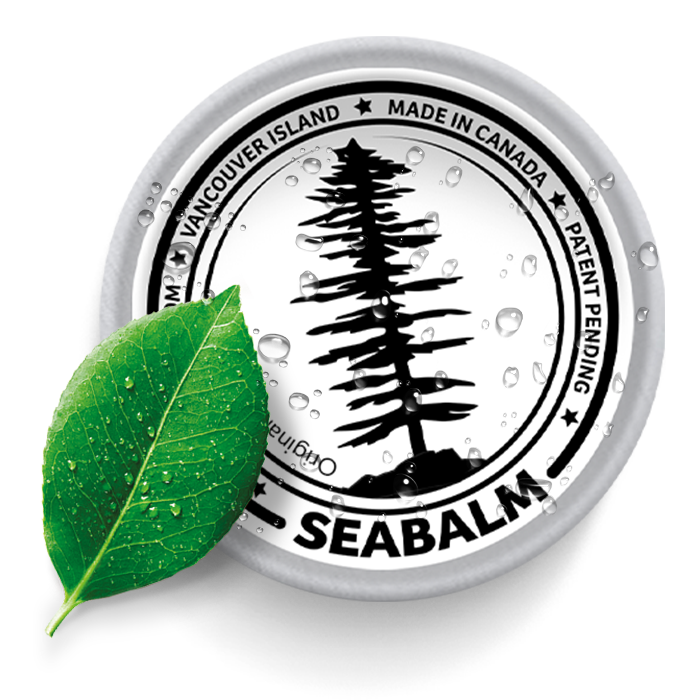 There was a time, when physicians confused the condition with leprosy. Therefore, it was assumed that psoriasis could spread through physical contact.

However, modern researches have proved that the condition is not contagious. It cannot be transmitted through any form of physical contact including touching, brushing, kissing, having sex, or swimming.

The leading causes of psoriasis are genetic and lifestyle. Your diet, habits, or hygiene have no direct impact on the onset of the condition. However, stress, poor hygiene and diet can trigger an existing condition or worsen it.

According to the National Psoriasis Foundation, natural ingredients and home remedies can help in treating psoriasis when used with topical medication.

Here is a list of everything you can use from your kitchen to soothe itchiness and improve skin moisture.

Aloe Vera – Aloe Vera reduces redness and scaling. You can use it up to three times in a day.

Apple Cider Vinegar—A diluted solution of vinegar and water can work as a soothing rinse for scalp itch and skin irritation. However, avoid using ACV if you have cracked skin.

Dead Sea Salts—Add some dead sea salts into warm water, and soak in it for at least 15 minutes. It helps reduce scaling and itching.

Tea Tree Oil—Tea tree oil has antiseptic properties and may help with the itchy scalp.

Turmeric—Turmeric is aa powerful ingredient found in most pantrys. It has anti-inflammatory and antioxidant qualities. It can alter TNF cytokine expression and minimize psoriasis. You can use it in the form of pills, or add it to your recipes.

Psoriasis is of many types and may occur in different areas of the body. In addition to scalp psoriasis, it is more common to see psoriasis on the face, hands, and feet. We hope this article will help you learn everything, and answer your questions about psoriasis.

According to specialists, the best way to treat psoriasis is to use a combination of natural and medicated treatments.

SeaBalm All Purpose Salve is packed with rich and powerful ingredients that moisturize the skin while effectively controlling the symptoms commonly associated with psoriasis. SeaBalm all natural organic salve contains the following ingredients:

Controlling the symptoms associated with Psoriasis is a long journey and SeaBalm is here to help! Join our newsletter and stay updated with the latest news on psoriasis, product giveaways, deep product discounts and more… 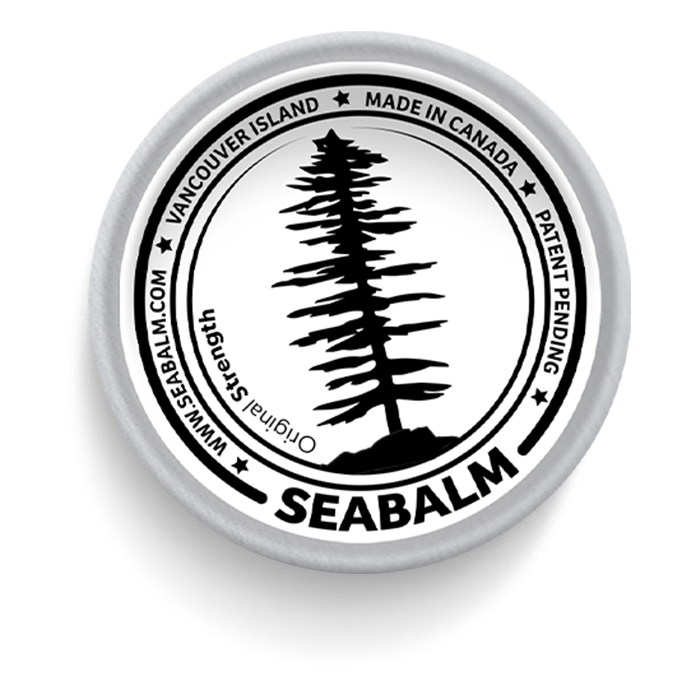